Wesley Huang’s world is a world of nuance – a turn of the head, a smile in his eyes, a spirit of empathy conveyed quietly when his mother is sick.

Cerebral palsy robbed Wesley of his ability to speak or otherwise communicate directly, but it has not inhibited the deep, deep bond between him and his mother, Aimee.

“Although he cannot express himself in words, he has always been very strong through sickness and challenge,” says Aimee, who gave birth to Wesley 24 years ago. “He has shown unfailing courage to conquer life – to face life’s challenges.”

From his wheelchair, he has seen more of the world than many people his age: Taiwan, Hawaii, Vancouver, Hong Kong. “He’s happy when he gets to the airport,” Aimee says. “He’s a very curious boy – always happy to be out or be with family.” Aimee knows it would be challenging, but in the back of her mind she’s thinking of taking Wesley to Europe.

“He’s very much an upbeat person,” Aimee says, noting that at the recent annual FFDY fundraiser, he thoroughly enjoyed being onstage, checking out the lighting and soaking in the music. Another of his passions is food, especially dessert. “He has such a sweet tooth,” Aimee says. “He can make a cake disappear!”

Aimee pauses briefly and reflects on her life with her son. “He’s just such a nice kid. He can’t speak, but he shows me every day he loves me.”

In many ways, Angela Oyama is your typical 14-year-old girl.

She has 38 friends on Facebook. She likes to sing along with Justin Bieber on her MP3 player. Her favorite colors are pink and blue, and she has two dogs: a Lab named Totoro (“fluffy cat” in Japanese) and a large stuffed animal poodle that she keeps on her bed.

Ask her what she’s interested in, and she will flash a gorgeous smile toward her parents, Paul and Jennifer, and then whisper “Boys!” She wants to get married someday and have children, but she knows she has a lot of living to do beforehand.

Angela, who was born severely premature, has cerebral palsy. Both she and her parents refuse to let it set the terms for her life.

This fall, she starts eighth grade at an Arcadia middle school, and then it’s off to high school and college. She’s an A/B student, but she’s looking forward to pushing herself and getting even better grades. She likes all of her subjects, especially English, and has just started reading the “Narnia” series.

Like many teenagers, she delivers a bland “I don’t know” when talking about her long-term goals, but the world of possibilities excite her. Fluent in Japanese and Mandarin, she’s thinking about becoming a translator.

She has “a good big brother,” Kevin, who is entering UC Riverside this fall, and two parents who modestly beam when describing her.

“They take care of me and are helpful,” Angela says. 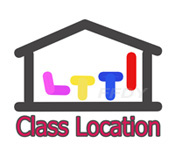